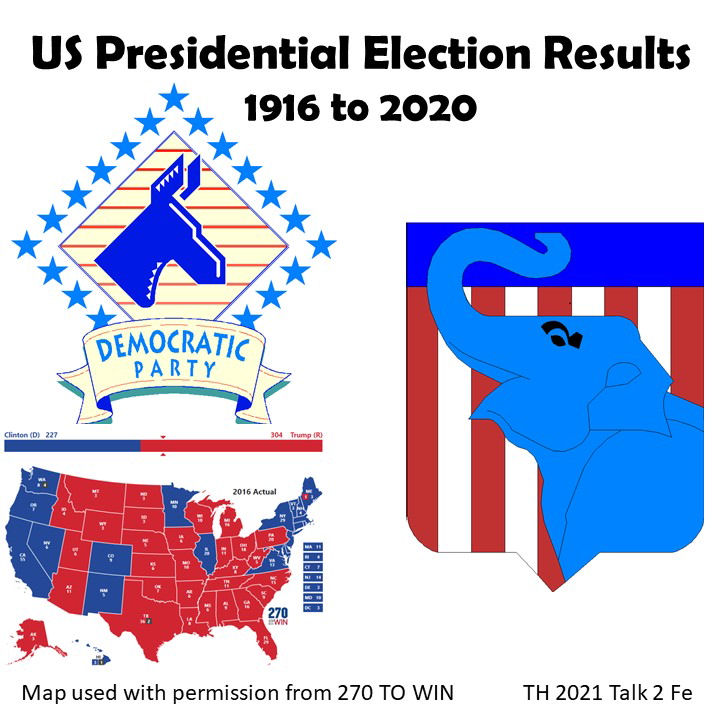 In US Presidential Election results from 1920 to 2020 Rob Sykes tells us about the evolution of the political map of the United States in a century of elections. Because the talk makes great use of maps showing the result for each state in each election I suggest that you open the image gallery below. 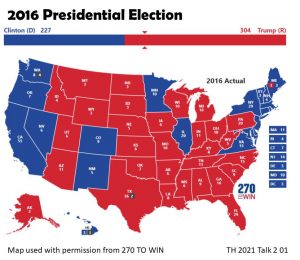 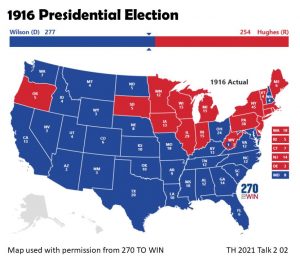 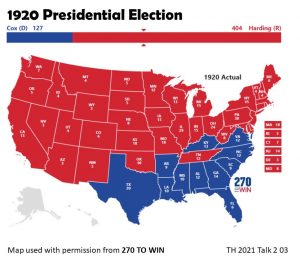 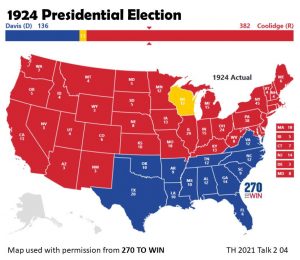 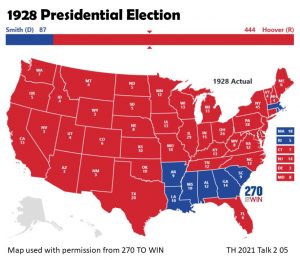 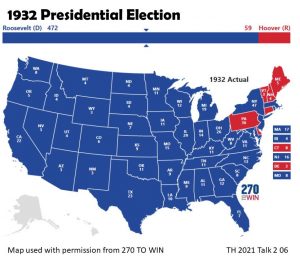 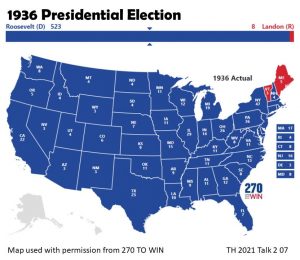 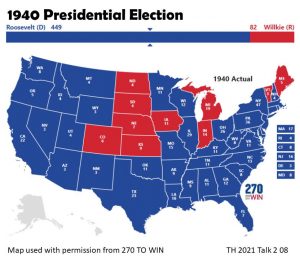 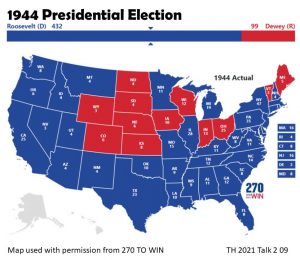 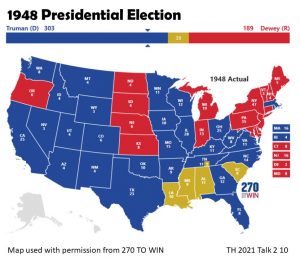 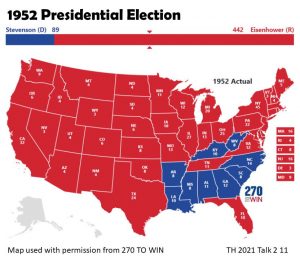 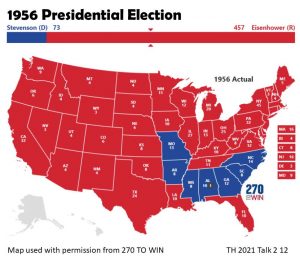 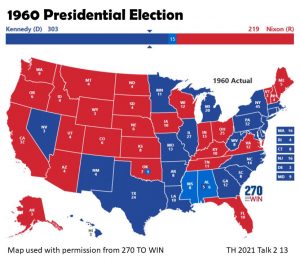 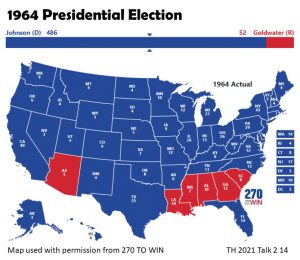 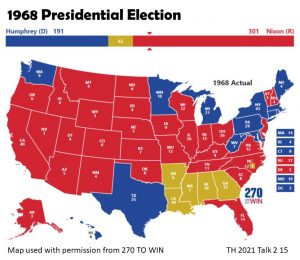 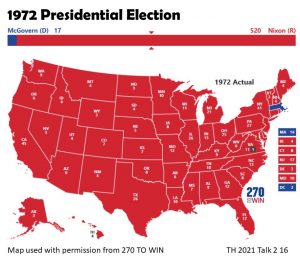 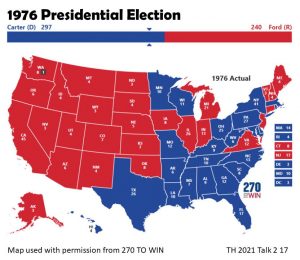 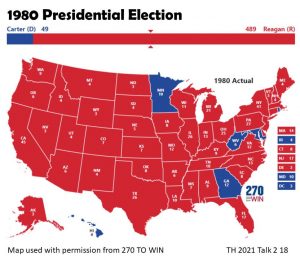 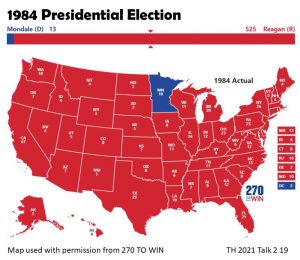 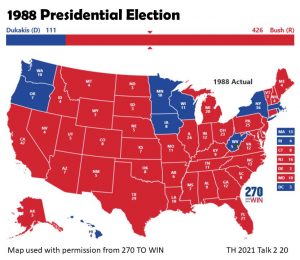 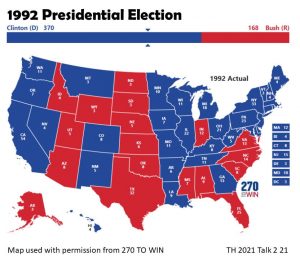 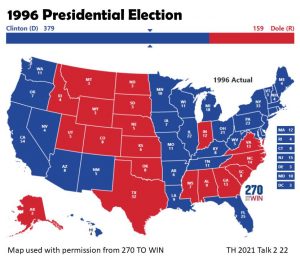 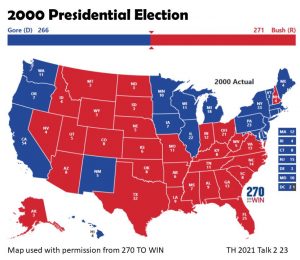 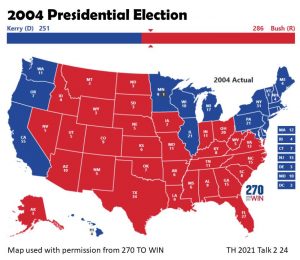 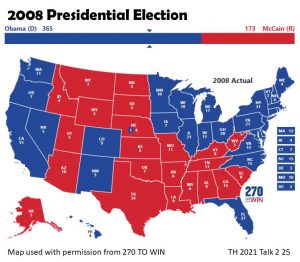 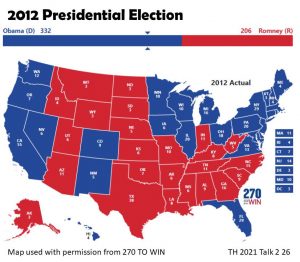 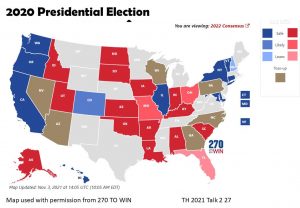 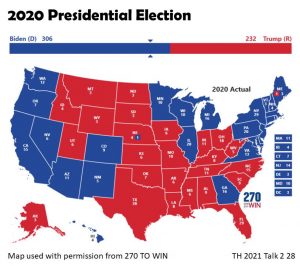 We learn of the importance of the Electoral College in the election of the President. The number of representatives for each state is based on the population. Thus California, with a population of 39,538,223, has 54 votes (2024 and 2028) whereas Wyoming , which has a vast acreage, has a population of  576,851  and 3 votes. Therefore in California it takes 732,189 voters for each Electoral College vote whereas in Wyoming there are only 192,283 voters for the same voting power.

The states with the most Electoral College votes are:

At the other end of the scale, each with 3 votes, are some states with a vast acreage:

As well as some physically small states:

Plus the District of Columbia, because they have the same number as the  states with the smallest populations.

As you can see, a good strategist might target the states with the fewest voters for each Electoral College vote!

Winning the largest number of votes across the nation, known as the popular vote, does not guarantee winning the Presidency. This has happened 5 times.

The most recent example is 2016 where Hilary Clinton receives 48.2% of the votes compared to Donald Trump who receives 46.1%. However Trump wins because he receives 77 more Electoral College votes.

The maps clearly show the evolution of political allegiances in the United States over the century. This is illustrated by the political change in the Southern states, where the change is from Democrat to Republican compared to California where the reverse happens.

We also learn that the winning margin in a state can be very small however no matter how small the margin the winner usually takes all the Electoral College votes.

This podcast is a recording of a talk on Zoom and there are a few extraneous noises.

The maps are from the website ©270 to Win and are used with their permission. You can visit their website here.